The loggerhead sea turtle (Caretta caretta), or loggerhead, is an oceanic turtle distributed throughout the world. It is a marine reptile, belonging to the family Cheloniidae. The average loggerhead measures around 90 centimeters (35 in) long when fully grown, although larger specimens of up to 270 centimeters (110 in) have been discovered. The adult loggerhead sea turtle weighs approximately 135 kilograms (300 lb), with the largest specimens weighing in at more than 454 kilograms (1,000 lb). The skin ranges from yellow to brown in color, and the shell is typically reddish-brown. There are no external differences in gender until the turtle becomes an adult, the most obvious difference being that adult males have thicker tails and shorter plastrons than the females.

The loggerhead sea turtle is found in the Atlantic, Pacific, and Indian oceans as well as the Mediterranean Sea. It spends most of its life in saltwater and estuarine habitats, with females briefly coming ashore to lay eggs. The loggerhead sea turtle has a low reproductive rate; females lay an average of four egg clutches and then become quiescent, producing no eggs for two to three years. The loggerhead reaches sexual maturity within 17-33 years and has a lifespan of 47-67 years.

The loggerhead sea turtle is omnivorous, feeding mainly on bottom dwelling invertebrates. Its large and powerful jaws serve as an effective tool in dismantling its prey. Young loggerheads are exploited by numerous predators; the eggs are especially vulnerable to terrestrial organisms. Once the turtles reach adulthood, their formidable size limits predation to large marine organisms such as sharks.

Loggerheads are considered an endangered species and are protected by the International Union for the Conservation of Nature. 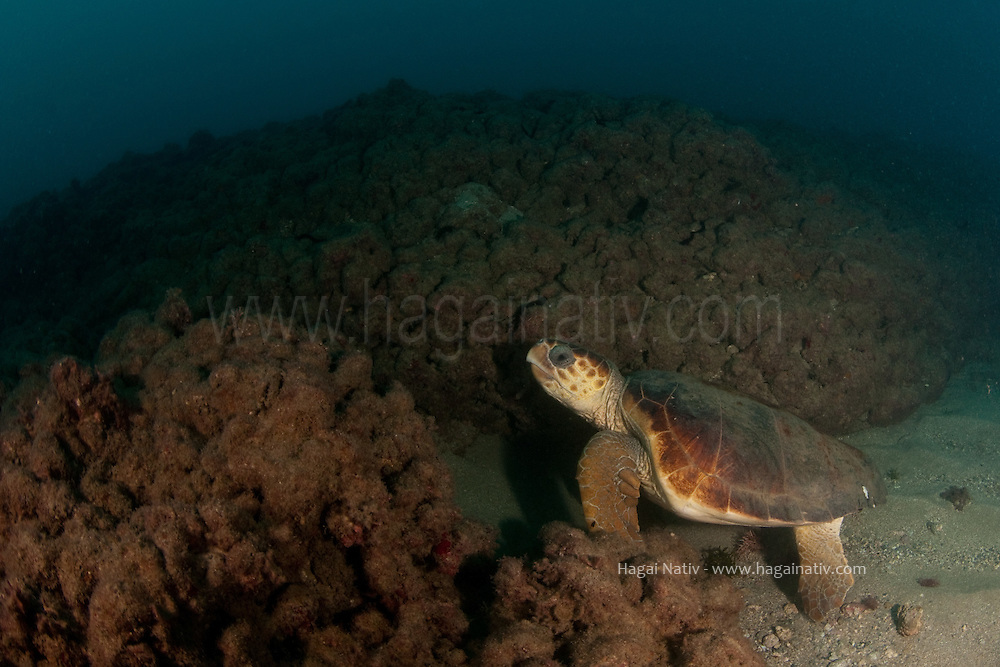